Keith Winn began work at Herman Miller, Inc. in 1976 and spent the next 25 years directing the design of a wide variety of domestic and international projects including buildings, interiors, and products. He served as a member of the Environmental Quality Action Team, where he participated in the development of corporate environmental goals and chaired the Design for the Environment and Green Building Teams.

During his time at Herman Miller, Keith was an early leader in the evolution and adoption of sustainable methodologies used to assess, develop, and measure buildings and products. As a founding member of the U. S. Green Building Council (USGBC) in April of 1993 and the West Michigan USGBC Chapter, he conducted research to quantify green building benefits and was active in the development of LEED.

Keith also participated in the development of the ANSI Integrative Process Standard and sustainable product standards with McDonough Braungart Design Chemistry; the Athena Institute; BIFMA; Institute for Market Transformation to Sustainability (MTS); and the National Institute of Standards and Technology (NIST)t.

Keith was instrumental in the adoption of LEED standards at Herman Miller and with the City of Grand Rapids. Throughout his career, he has been an integrative design leader facilitating numerous certifications since the inception of LEED. When closing out his career at Herman Miller, Keith formed Catalyst Partners on May 16, 2002, to perpetuate the green building movement with innovation-driven solutions. Catalyst Partners is an independent team of market leaders unencumbered by competing for organizational priorities.

In partnership with John Stivers, a long-time friend and colleague from Keith’sHerman Miller days, Catalyst Partners prepared a proposal in response to a request from the U.S. Green Building Council for managing the development of LEED for Commercial Interiors. The rating system development was awarded as Catalyst Partners’ first major commission and was launched in June of 2005 at NEOCON in Chicago.

Over the last two decades, the team grew in technical ability and began reviewing other rating systems including LEED for New Construction, Schools, and, in partnership with Habitech, LEED Italia. Additionally, the team’s consulting expertise expanded into Enterprise Green Communities and Living Building Challenge. In 2017, our team successfully collaborated to certify the second residential home in the world to the International Living Future Institute’s Living Building certification. Our partnerships continue to grow along with our consortium and team member credentials to include WELL Building and Health Safety Rating reviews, consulting work, and performance verification.

As more established sustainability programs become commonplace in the market, our team continues to expand its expertise to remain pioneers to create high-performance, healthy, and regenerative built environments. 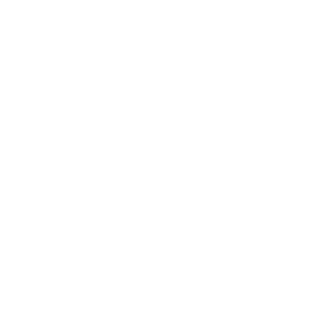 Not sure where to start? Our team of experts are ready to help.